In an effort to support the family of Lance Corporal Jared Schmitz of Wentzville, who was one of 13 soldiers who died in Kabul, Afghanistan, on August 26, a couple of New Melle citizens quickly organized a Military Tribute parade and ceremony on Saturday, August 28.

Spreading the word on social media and recruiting assistance from the New Melle VFW, military veterans, families of veterans, active duty military, and friends of the Schmitz family were invited to drive in the parade. As usual, the New Melle Community turned out in good numbers to show their support. The parade started and ended at New Melle Sports and Rec. After the parade, the names of all 13 soldiers killed were read, followed by a moment of silence, then lowering the flag to half mast, the playing of taps and a military gun salute. Firefighters from Wentzville and New Melle were also present. Special thanks to Casee Trapp, Donnie McCloud and Brad Schwerdt for helping to organize, and to all the volunteers who lined city streets with flags Saturday afternoon prior to the event. 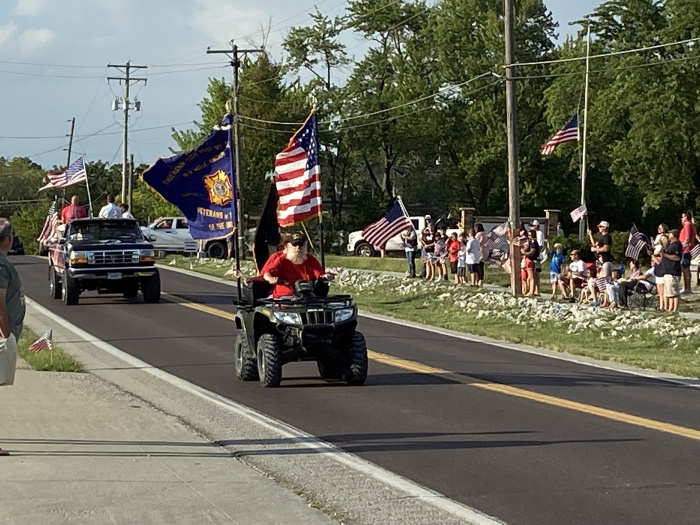 Don "Jerz" and Mary Joerling led the parade followed
by Jerry Bruns in his truck. 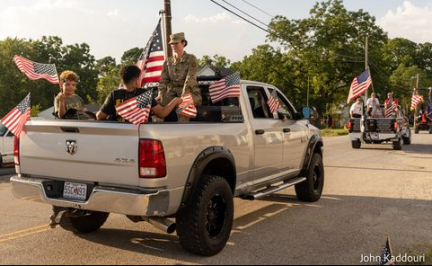 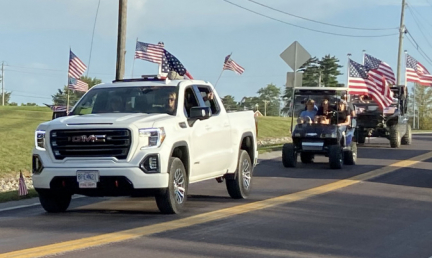 The parade vehicles were decorated in red, white and blue. 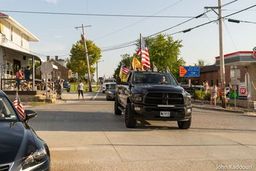 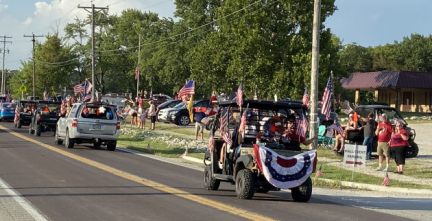 Parade heading back to NMSR. 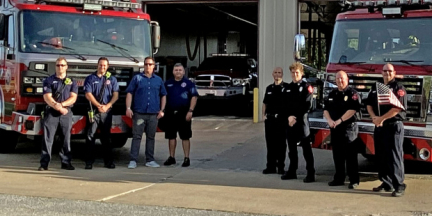 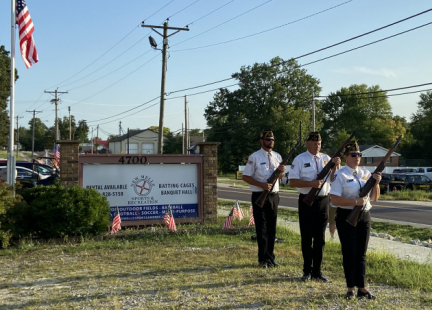 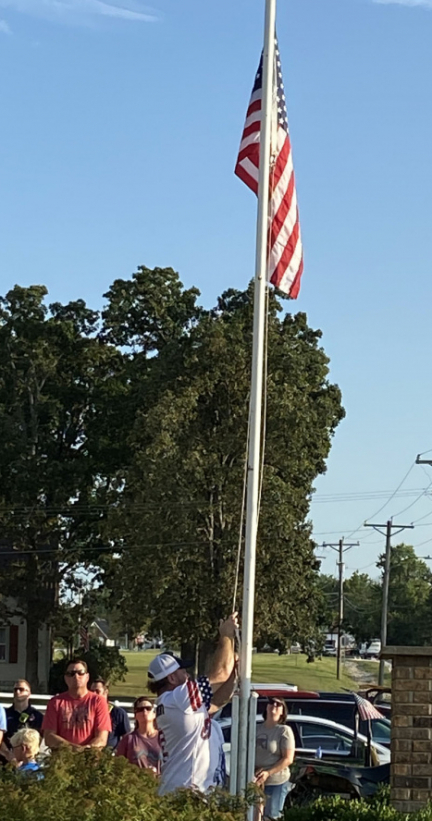 Jerry Bruns lowered the flag to half mast.